M.E.S.S | Mental Examination Status Scan is a dance theater solo performance choreographed by Shlomit Fundaminsky and performed by Yoram Karmi. It is a personal solo piece, diagnosing the mental and physical state of mind of a creator and leader, his struggle with creation process, with self doubts and his loneliness in decision-making.

The stage, designed as an empty and sterile white cube, is a symbolic expression to the term of horror vacui (the fear of emptiness). The illuminated set resembles an observation room in which the audience is watching the performer as a subject of research.

The few objects around the stage – a chair and a table, a microphone and headsets, clothing items and white papers - play an inherent role in the choreography. Their position on stage and their use constantly change by the performer’s movement and actions, which along with the use of spoken texts, continuously redefines the space and fill it with meaning.

The lighting design adds an extra layer in the variability of the stage. Diverse illumination intensity and games of shadows enhance the drama and the loneliness of the daner/creator. 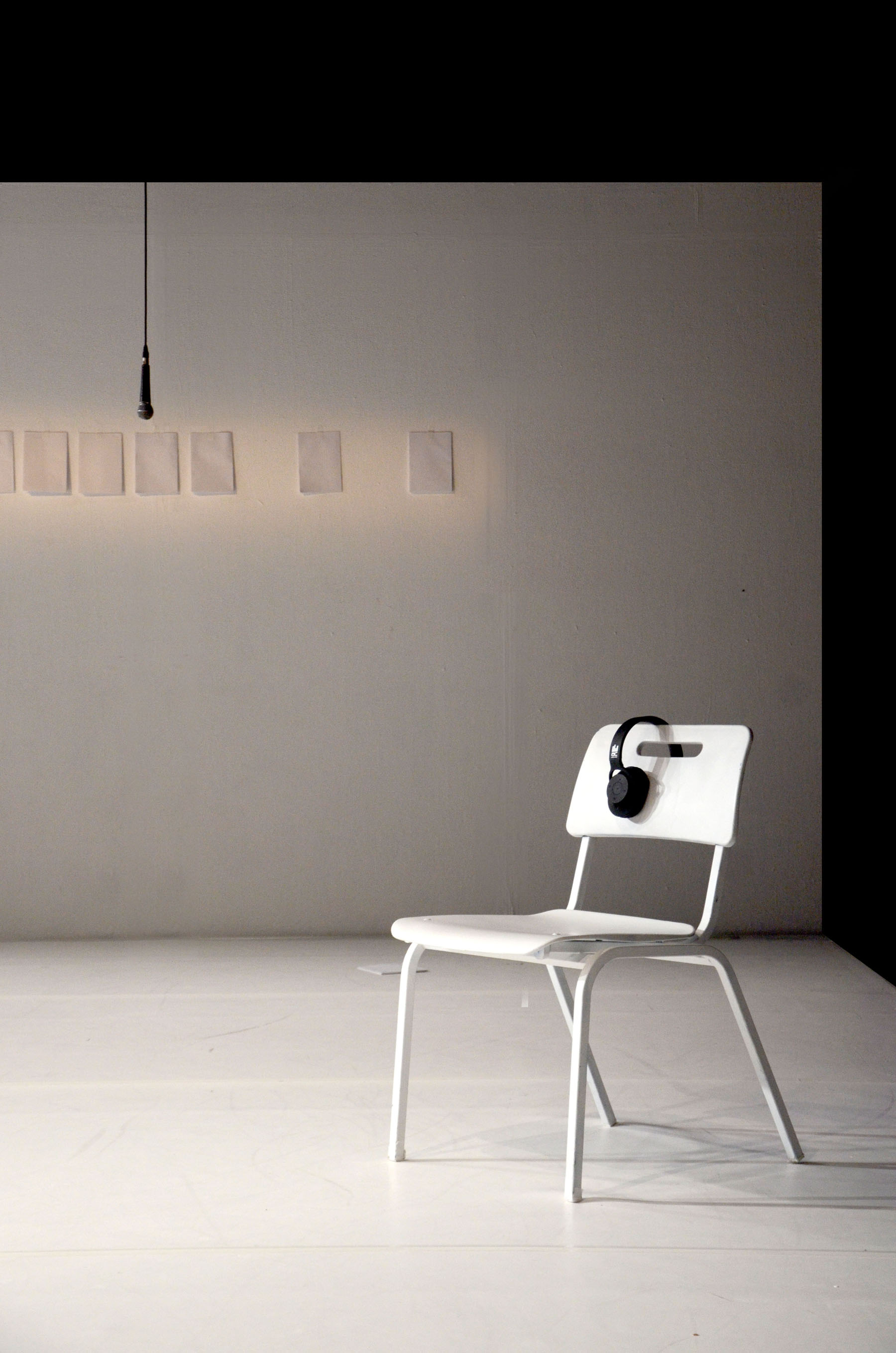 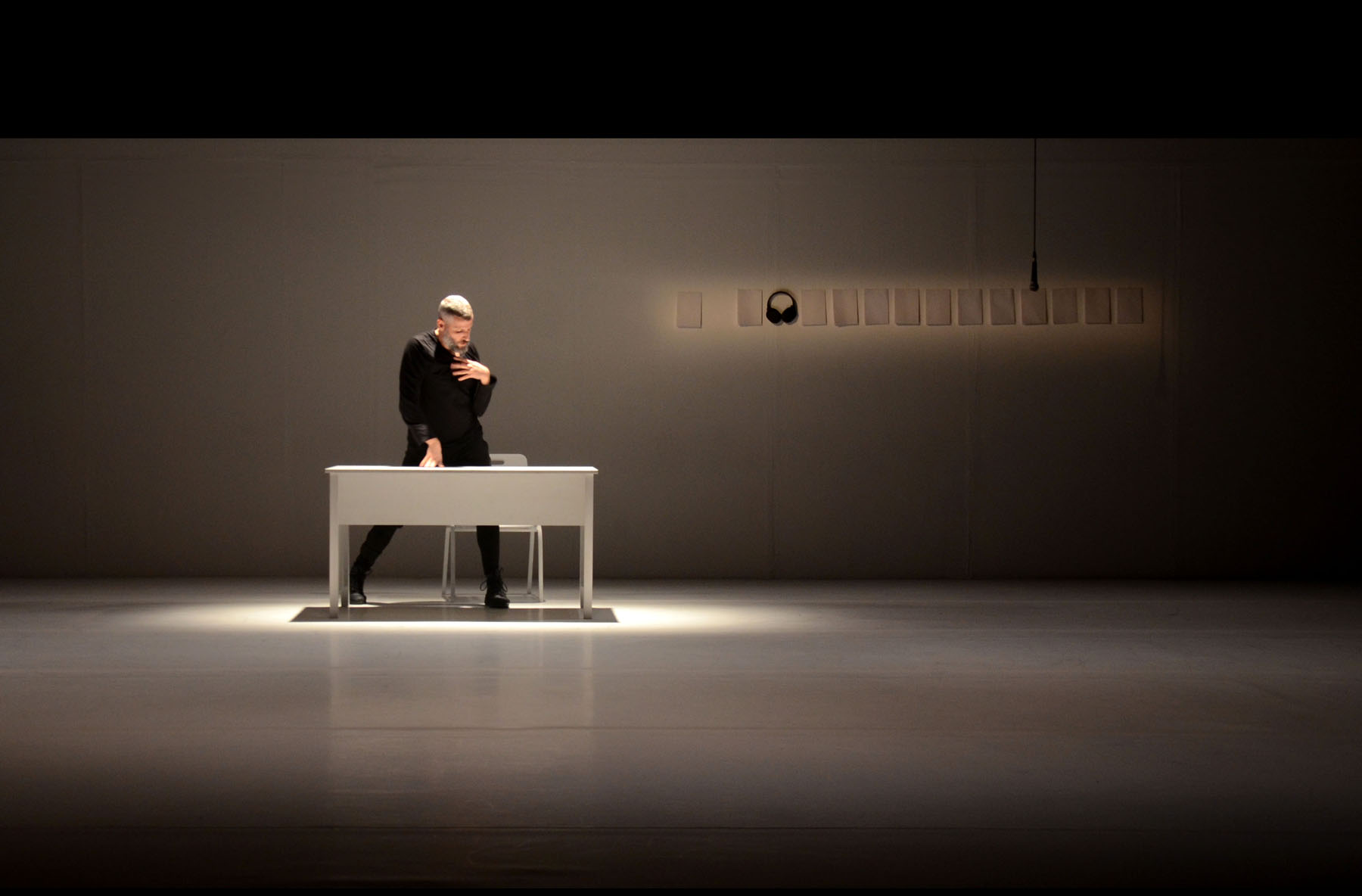 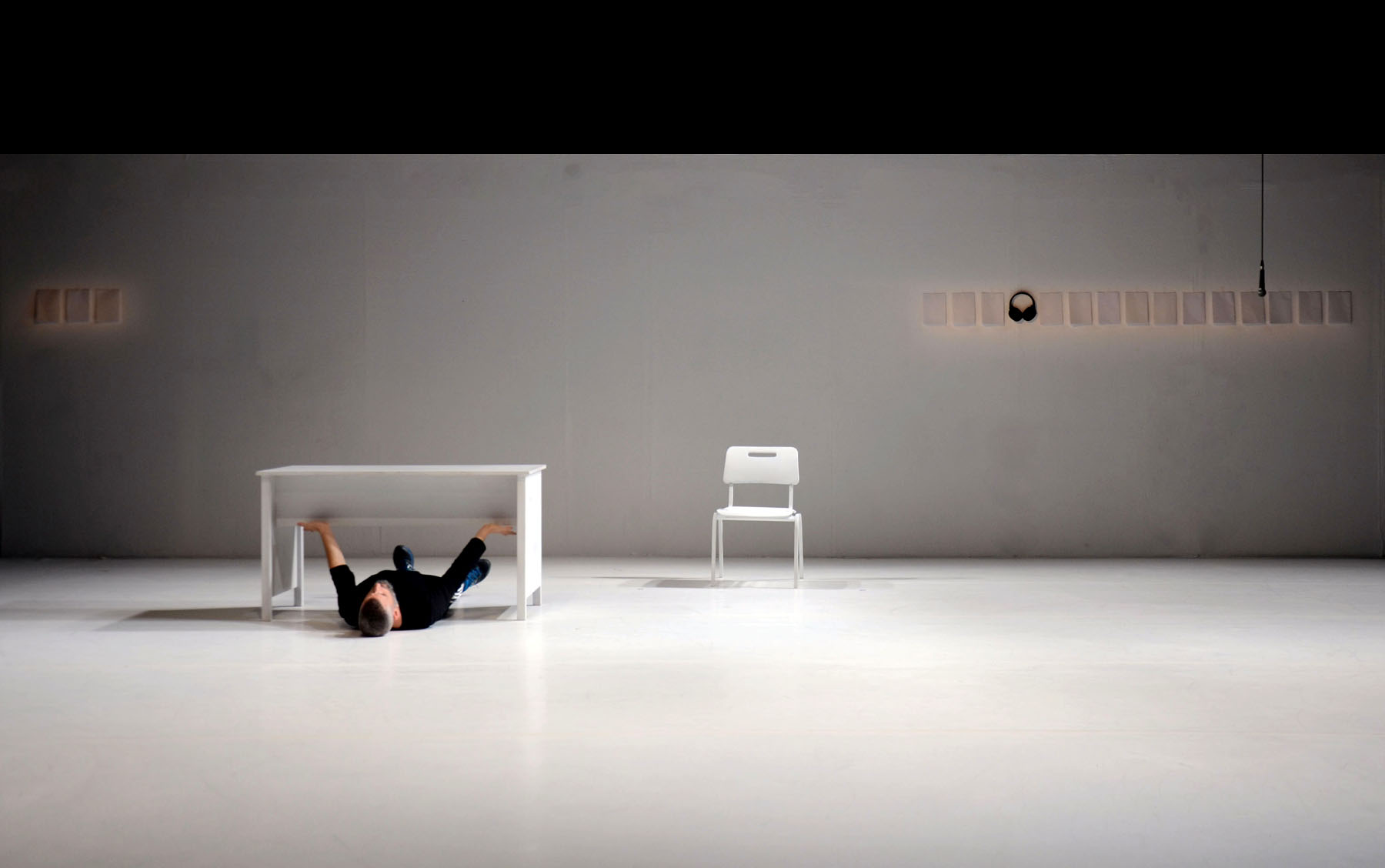 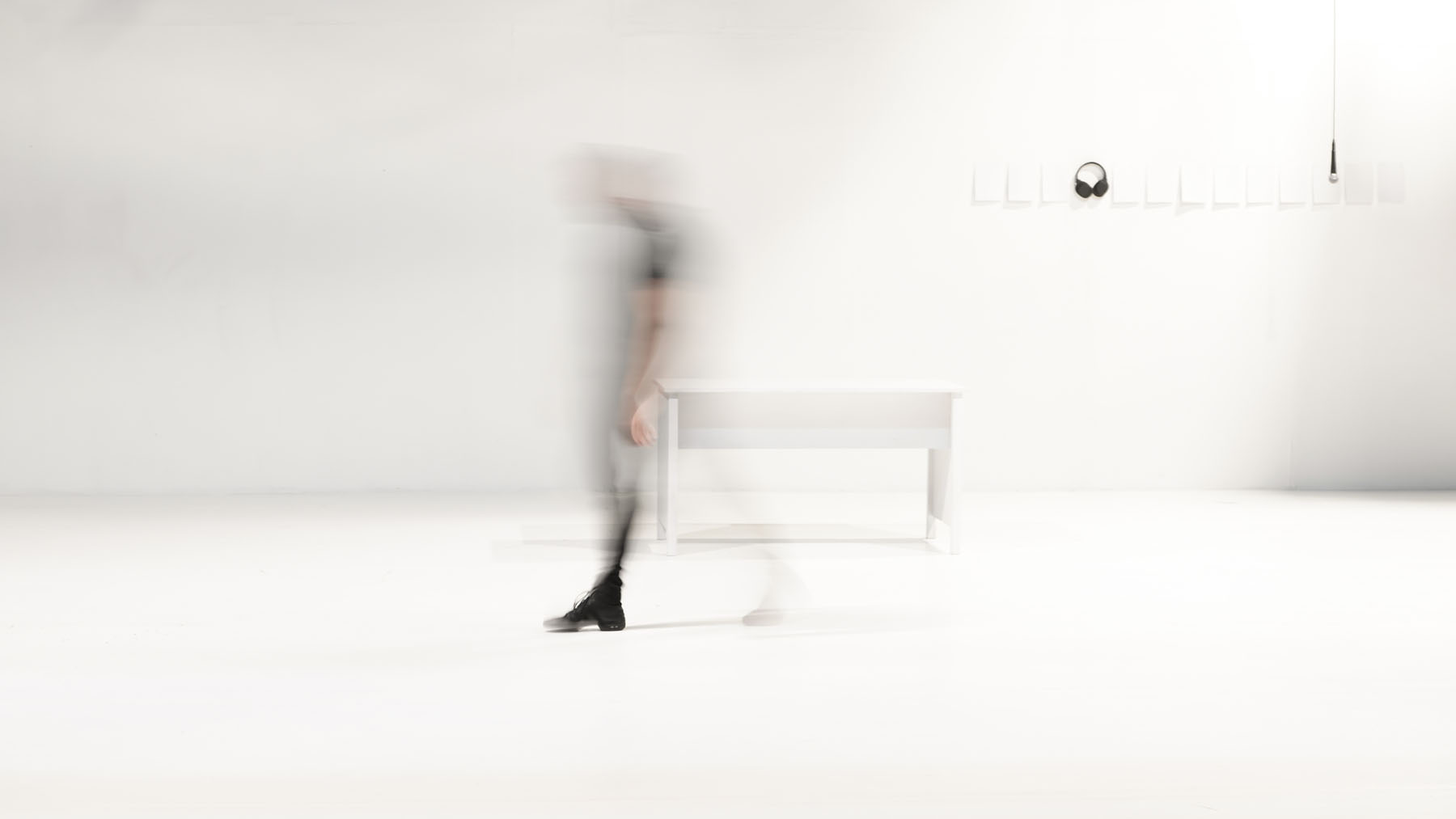 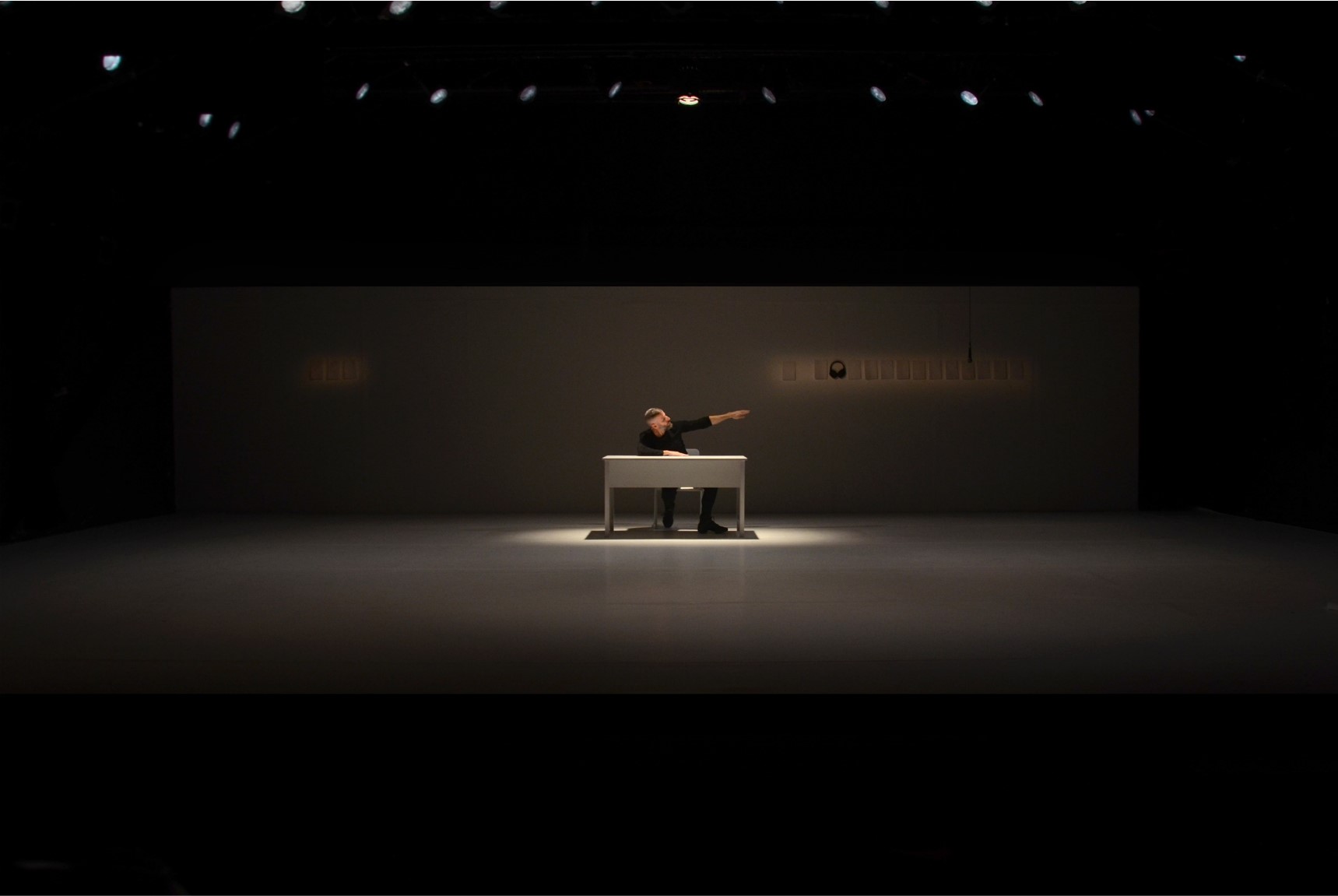