The site at Megido forest was filled with rocks, hanging from the trees.

The rocks, typically laying on the ground and surrendering to gravity, were lifted up in the air. Each rock was hung by three cords from three different trees. This act of triangulation applies a point in space for each of the rocks, which is the point of equilibrium - the point of balance between the forces running along the three cords.

The outcome appears as a spatial maze of cords and rocks which invites the visitors to enter, to move around and between. It resembles an astronomic map of bodies in space, a system whose particles are at a precise balance in relation to one another.

Megido Forest in Israel is located where once was the village of Lajun, an Arab village within the Mandatory Palestine until the war of 1948.

The rocks detached from the ground refer to the traces of previous culture that was once there.

The pine trees were planted by Israeli authorities after the 1948 war in aim to re shape the landscape in order to apply a new narrative upon it.

The work symbolizes the tension between the poitical forces, between histories and narratives that apply over the same land. The entire composition is on the verge of collapse, of change - a momentary state of balance between constantly active forces. 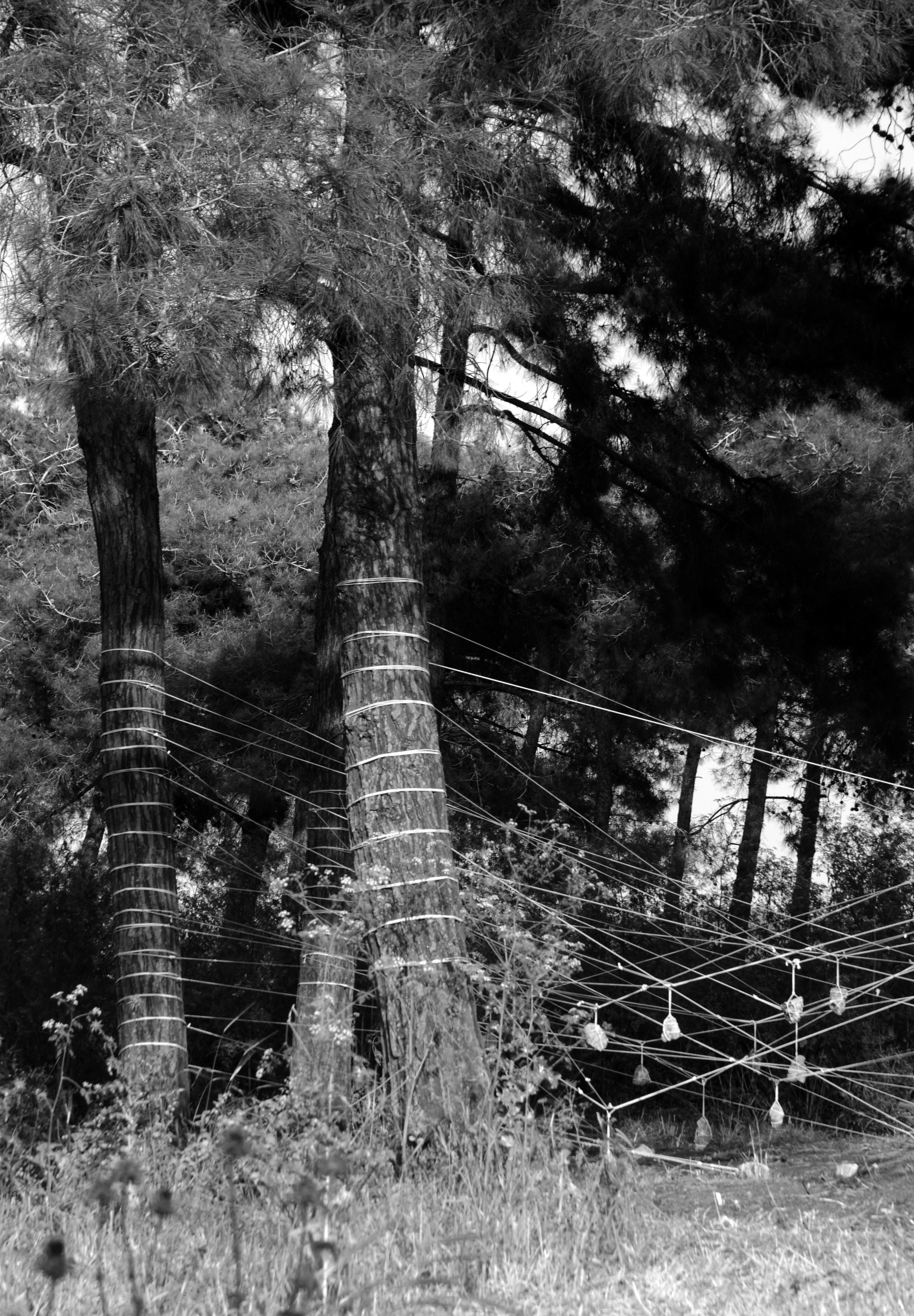 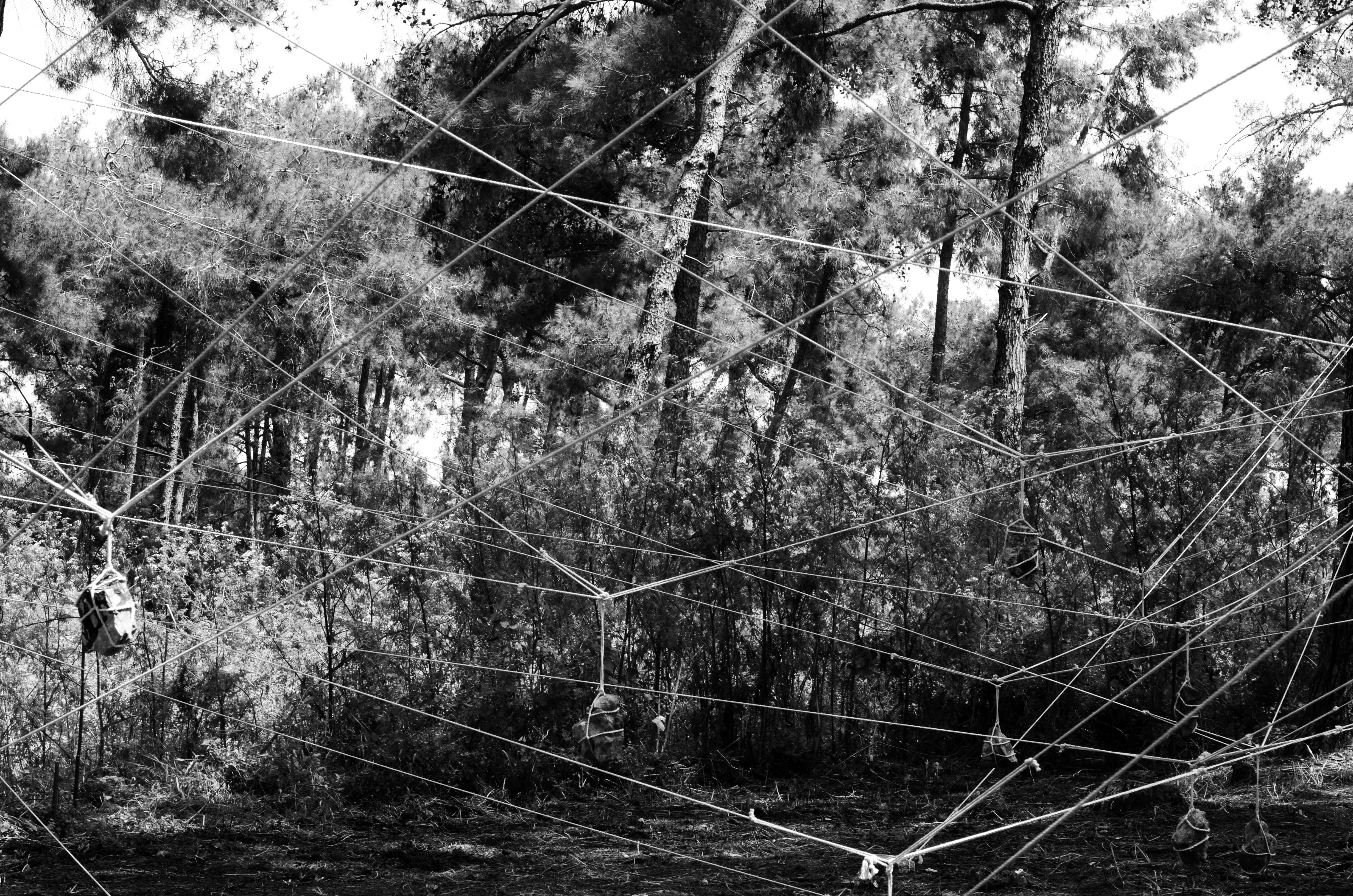 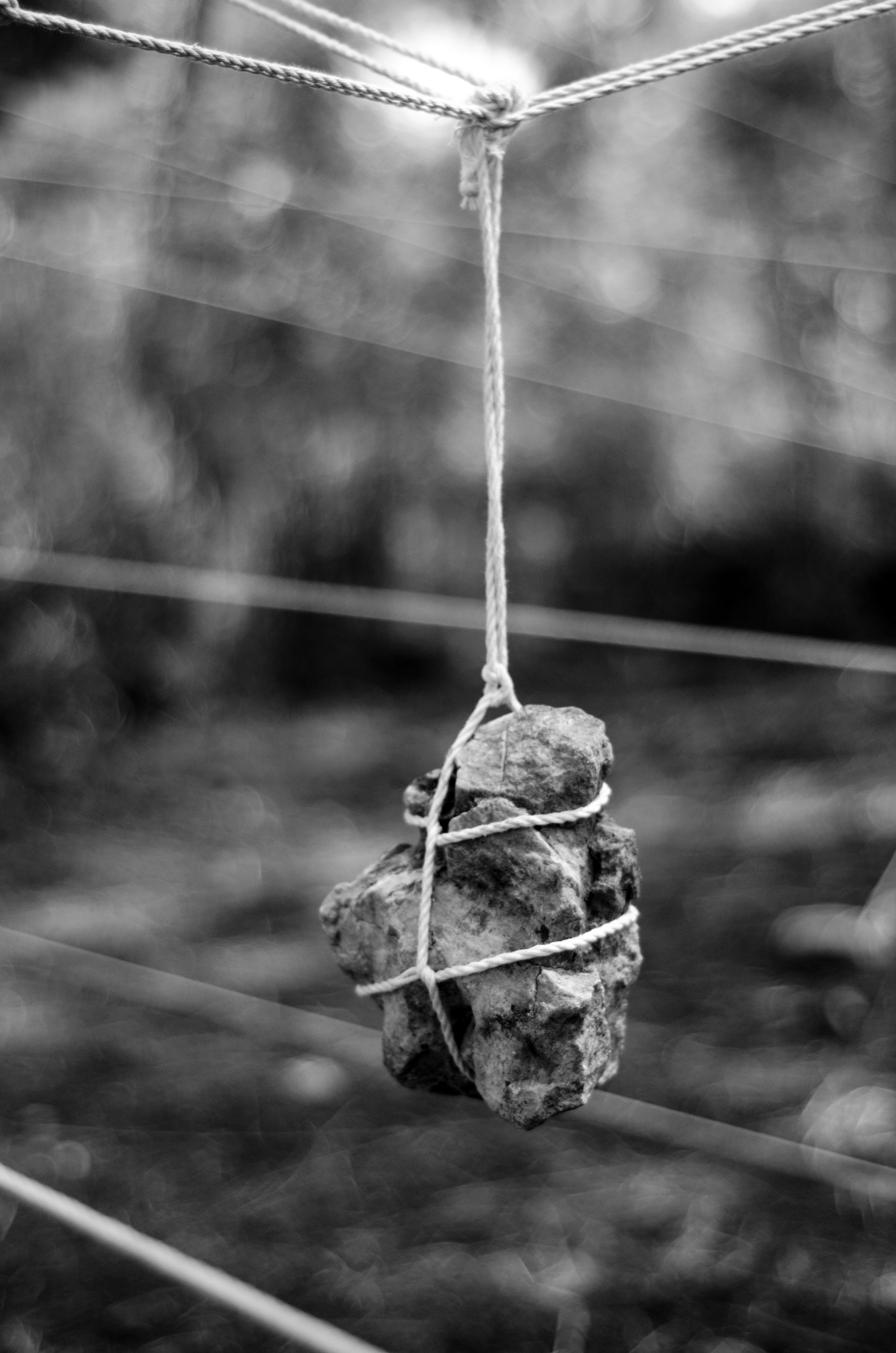 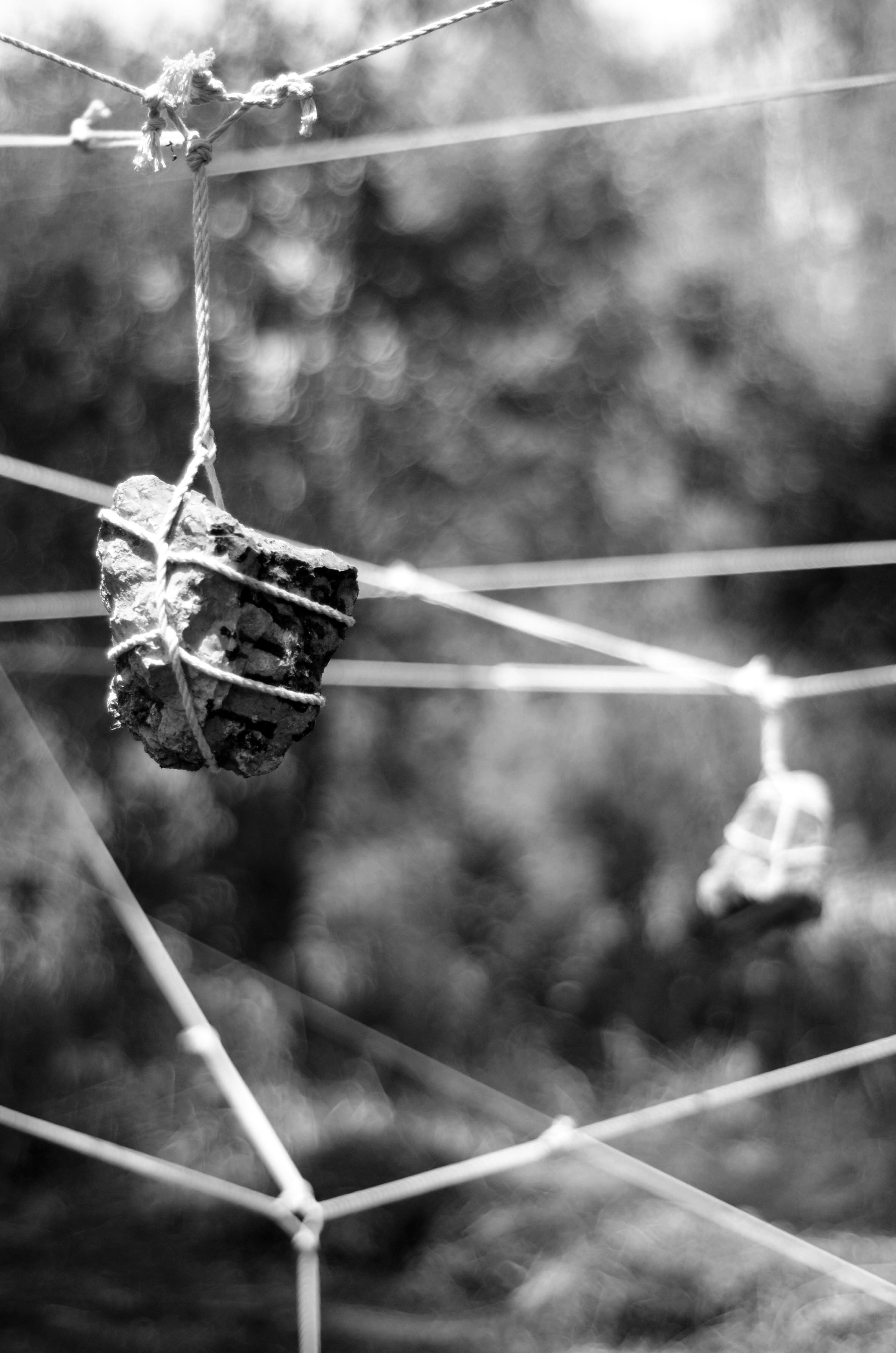 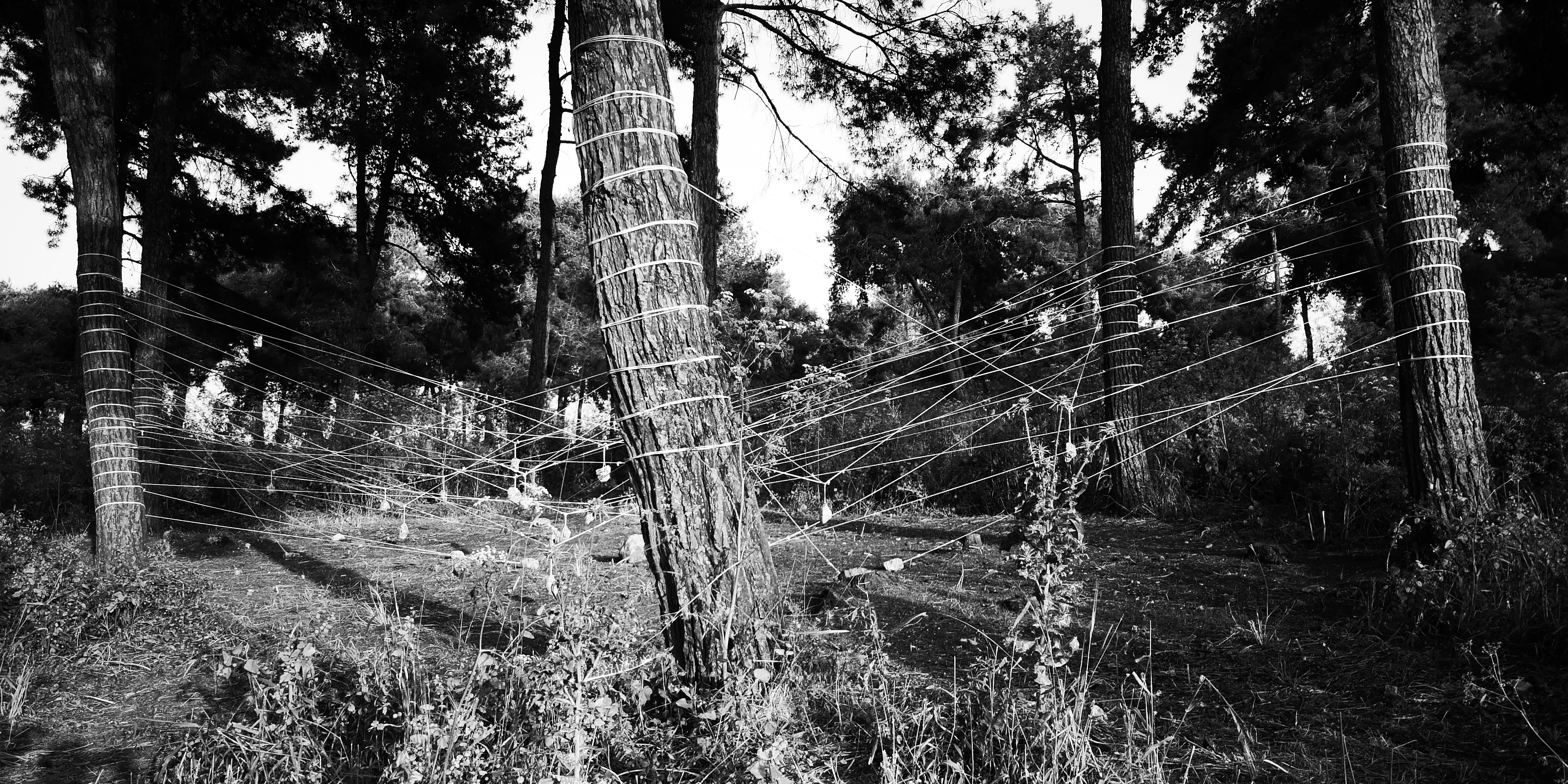