Round stools are embedded within a platform that winds among the exhibits of the museum. The surface of the platform is ‘ground zero’ of the installation, but the stools have a screw mechanismthat raises the seat to the sittinglevel of an adult.Their changing heights give the work its dynamic, and create a play between“absent” and “present.”

The location of the installation among the display cases forms a bridge between them, and turns visitors from spectators moving from exhibit to exhibit to participants whose activity defines the space. When they encounter the installation, they are forced to respond physically: to move, to sit, to rise, tostep up or down. When a raised stoolblocks their way, they need to stop or change direction, thus gaining a different angle onthe exhibits. The movement of the visitorsestablishes a reciprocal relationship between them and the exhibits – and among themselves. In a way, they themselves become an exhibit,raising the questionof who is the exhibit and who is the viewer. 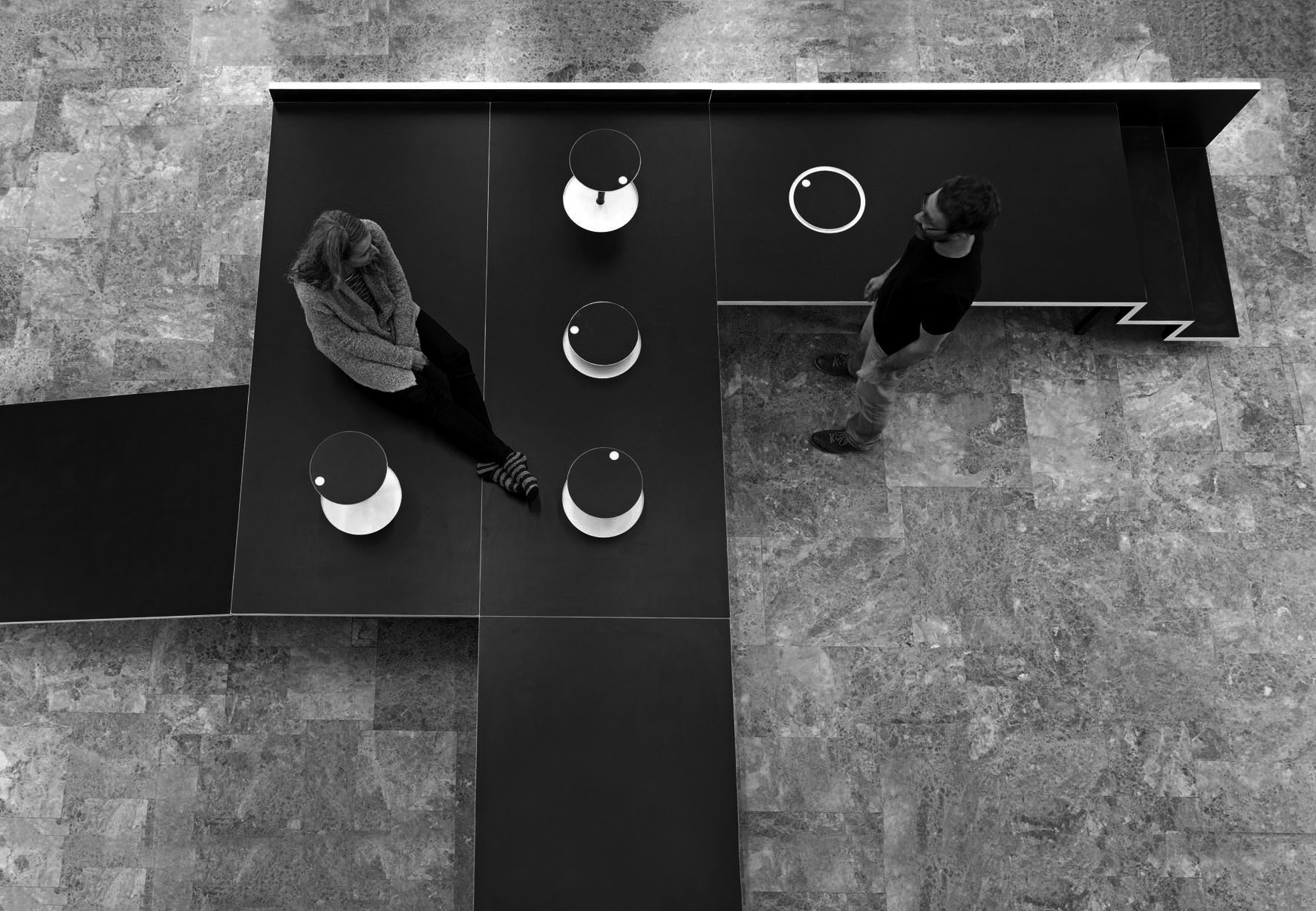 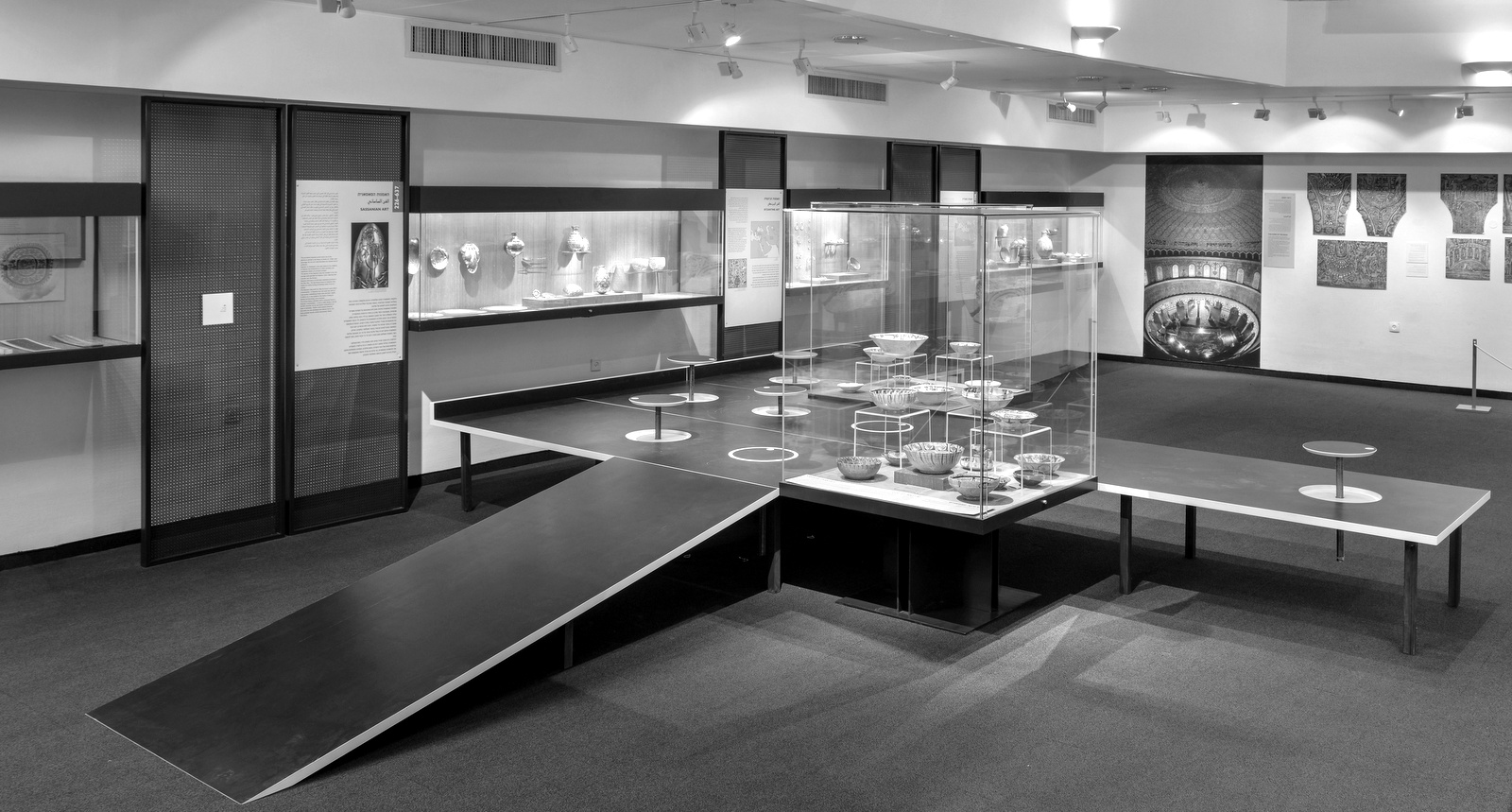 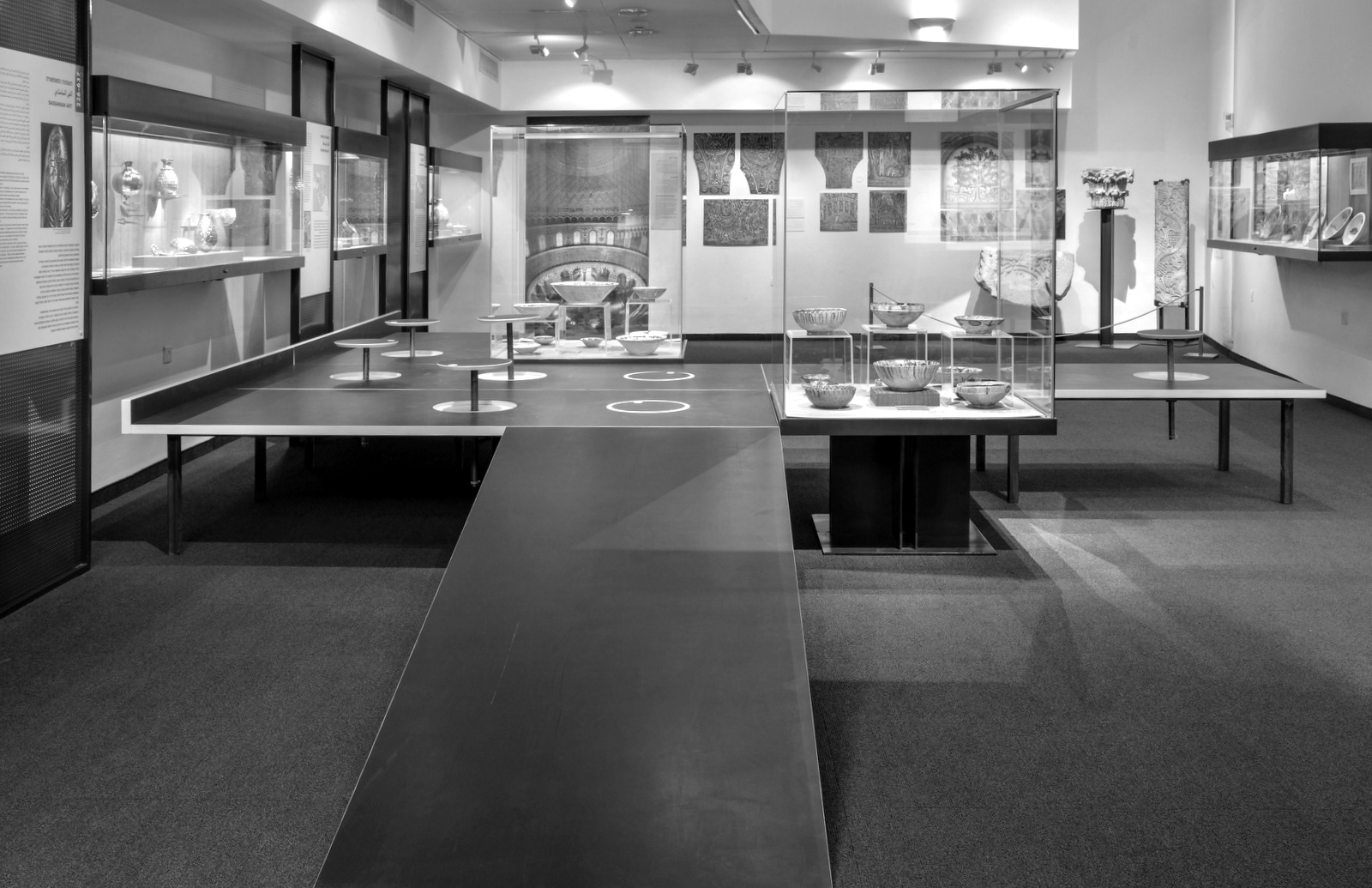 “Rotation” changes the experience of the visit. Instead of a linear progression from onedisplay case to another, movement is interrupted and random, offeringnew perspectives on the standardroute through the museum and the narrative of its treasures.The winding installation does create a route that guides the visitor, but atthe same time the stools block the way and demand a pause. The new experiencecreates fresh spatial, visual and content- relatedassociations among the exhibits.

One can view the installation itself from differentangles: from within,from above, and alongside it. The multiple perspectives transformit into an arena or a dynamic game-board on which new paths are constantly being discovered as its topography changes. 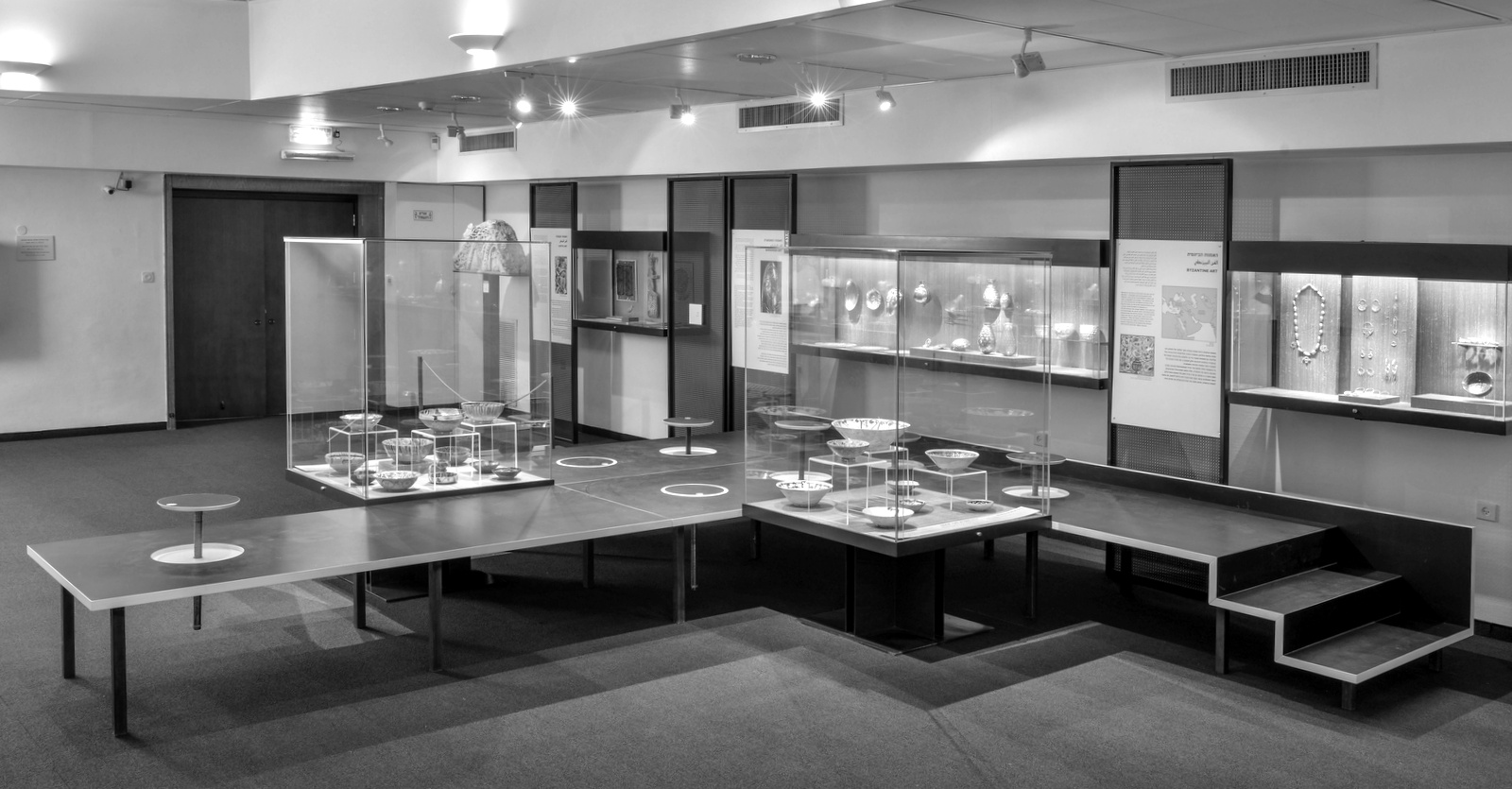 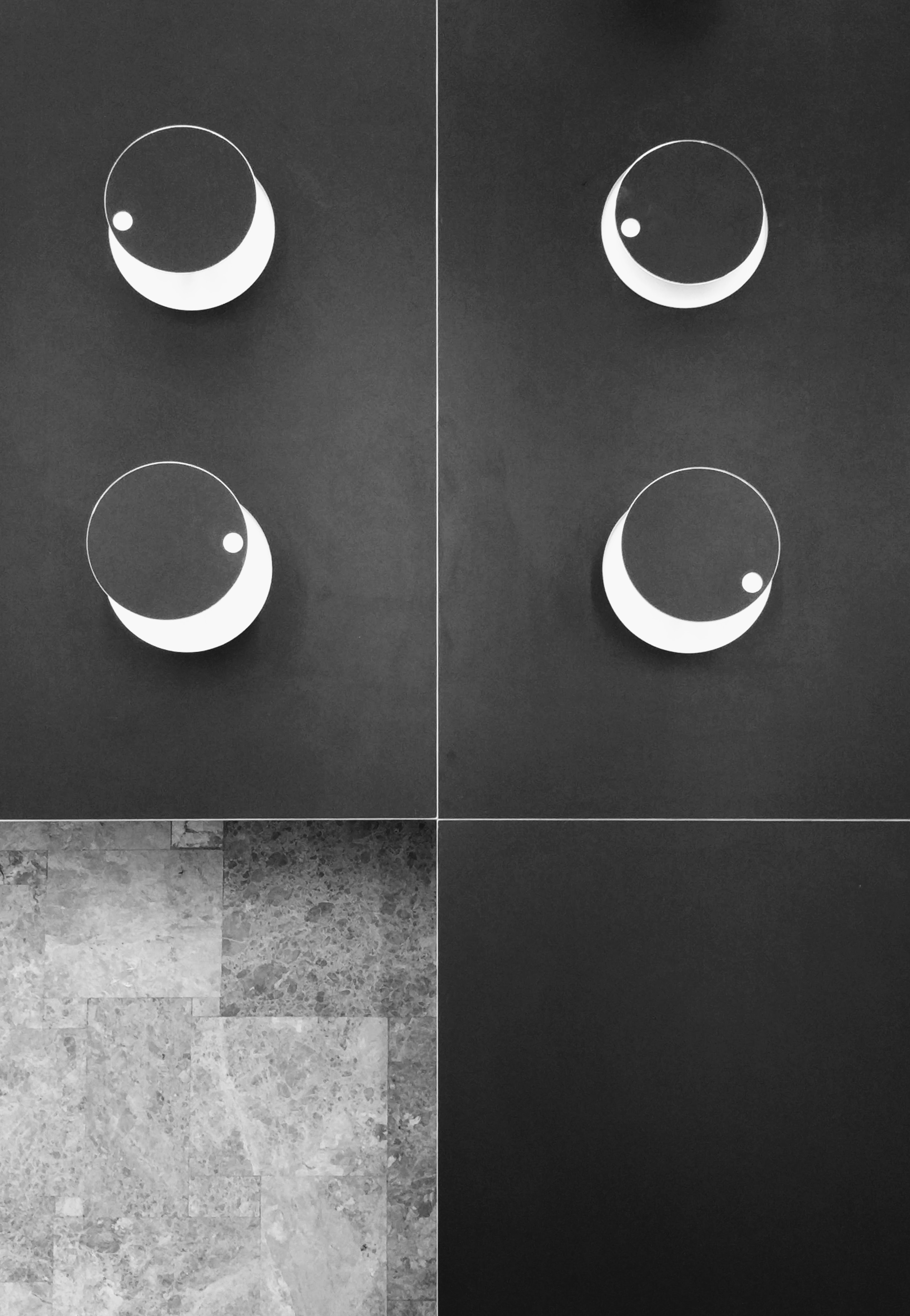